tcjs('trigger', 'hm', 'septifix review page heatmap'); How much electricity does an aerobic septic system use? | Skip to content

Disclosure: This post contains affiliate links, meaning we may earn money or products from the companies mentioned in this post if you purchase a product through one of our links. An example would be Amazon.

How much electricity does an aerobic septic system use?

So, how much electricity does an aerobic system use? An aerobic septic system uses 86 watts per hour on average. To put things into perspective, this is less than what a 1000W light bulb consumes. Keep in mind 86 watts an hour is the average figure. Your aerobic system may consume more or less than that depending on its model and make, age, capacity, and usage.

What is an aerobic system?

Compared to anaerobic systems, aerobic ones are more efficient in treating waste. As such, many people prefer them over their anaerobic counterparts. Also, in some situations, it is only possible to use an aerobic system. For instance, if you have a house in an area with poor soil conditions, you probably will need to set up an aerobic septic system. Anaerobic systems, as a general rule, are not recommended in this situation. The same holds true if your house is very close to the surface water.

How do aerobic systems work?

An aerobic treatment unit treats wastewater in four distinct stages. These are:

What are the operating costs of an aerobic septic unit?

An aerobic system uses 86 watts per hour, on average, when it is in continuous operation. To put things into perspective, this is less than what a 1000W light bulb consumes. It is possible that your aerobic unit may use more or less than 86 watts per hour. That is because the electricity consumption often varies from one model to another. Some aerobic septic units may consume more power than others. Also, older or larger units may have a higher electricity consumption rate than younger or smaller aerobic units.

But in this article, we will use the average figure to calculate the operating costs.

What are the main advantages and disadvantages of an aerobic septic system?

Aerobic septic systems, while costlier than anaerobic systems, are becoming more popular. That is mainly because they can be used in situations in which anaerobic units are not recommended. Also, aerobic septic units produce a higher quality secondary effluent than conventional septic systems. Secondary effluent coming out of an aerobic system is sterilized and used for the purpose of surface irrigation.

Popular as aerobic septic systems are, they have a few drawbacks. But overall, the benefits outweigh the drawbacks.

Keep in mind that aerobic septic systems require regular maintenance just as much as anaerobic ones. Therefore, schedule a septic inspection on a regular basis, preferably once a year. Also, get your aerobic system pumped once every 2 to 3 years, depending on its size and usage.

Last but not the least, you should not overburden your septic tank because that can lead to clogging. This is true for all septic systems, regardless of whether they are aerobic or anaerobic. Additionally, do not flush sanitary napkins, medicines, cat litter, coffee beans, etc. into your septic tank because bacteria cannot digest them. And if you ever need septic tank maintenance, always trust licensed professionals. 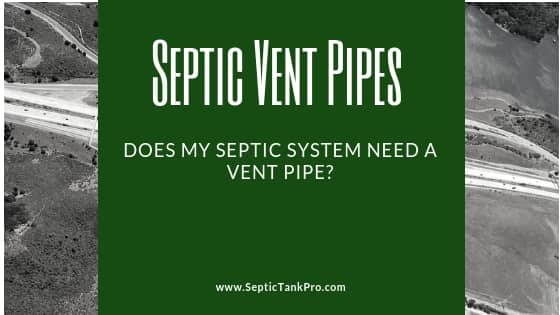 By submitting your contact information, you understand and agree that you may be contacted by up to four independent service providers and/or partners regarding your home service request, using email, telephone or text messaging-including through auto-dialed and/or prerecorded calls or messages- to the telephone number provided above, which may include your mobile telephone number, if provided. You understand that consent is not a condition of purchase. Please note that this website connects consumers looking for septic services with a network of independent service providers. It does not provide direct home repair or maintenance services.

This website uses cookies to improve your experience while you navigate through the website. Out of these, the cookies that are categorized as necessary are stored on your browser as they are essential for the working of basic functionalities of the website. We also use third-party cookies that help us analyze and understand how you use this website. These cookies will be stored in your browser only with your consent. You also have the option to opt-out of these cookies. But opting out of some of these cookies may affect your browsing experience.
Necessary Always Enabled
Necessary cookies are absolutely essential for the website to function properly. These cookies ensure basic functionalities and security features of the website, anonymously.
Functional
Functional cookies help to perform certain functionalities like sharing the content of the website on social media platforms, collect feedbacks, and other third-party features.
Performance
Performance cookies are used to understand and analyze the key performance indexes of the website which helps in delivering a better user experience for the visitors.
Analytics
Analytical cookies are used to understand how visitors interact with the website. These cookies help provide information on metrics the number of visitors, bounce rate, traffic source, etc.
Advertisement
Advertisement cookies are used to provide visitors with relevant ads and marketing campaigns. These cookies track visitors across websites and collect information to provide customized ads.
Others
Other uncategorized cookies are those that are being analyzed and have not been classified into a category as yet.
SAVE & ACCEPT
855-925-0760